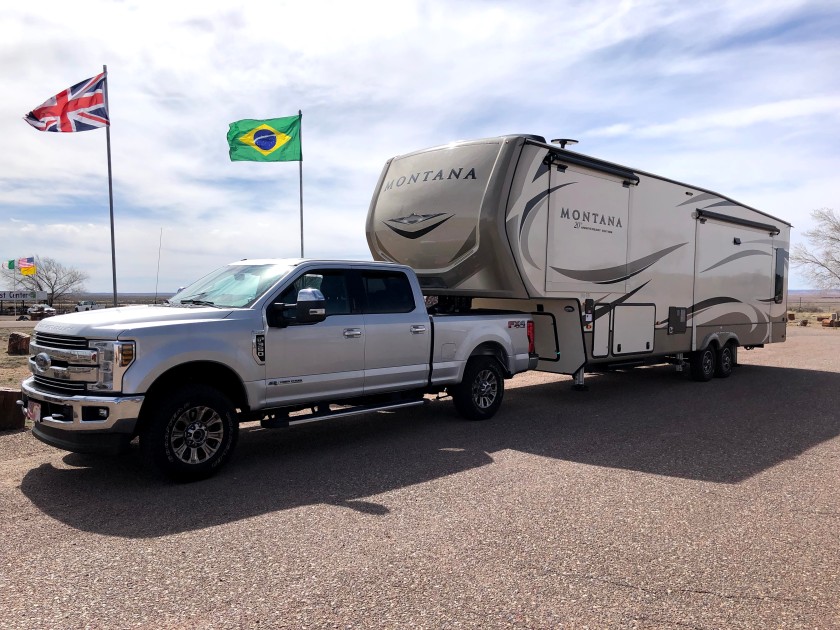 During the PDI it was discovered our oven did not work and it had to be replaced under warranty.  That was completed in November of 2018.

The model, 3121RL, designates this trailer has a residential refrigerator.  It is a double-door, 18 cubic feet unit with a built-in ice maker.  We really like it.  No more worries about trying to keep stuff cold.  We set the fridge to 38 degrees and the freezer to -2 degrees and that is where they stay.  Since a residential fridge runs on 120 volts AC, the trailer came with a 1,000 watt Pure Sine Way (PSW) inverter, so when we are not plugged into shore power the fridge runs of the inverter that converts 12 volts DC to 120 volts AC.

The trailer has a one-button 6-point hydraulic leveling system and I love this feature!!!  Unhook from the truck and push one button and several seconds later the trailer is nice and level.  No more levelers to drive on and off, etc.  Simple and fast.  If not unhooking from the truck I can still manually level the trailer, too.

As of May 2019 we have completed several fairly short trips and one extensive, 5,000 mile round trip out West.  We have had no major issues, but I have had to do some minor repairs inside the trailer on things like the roll down shades, the bedroom barn door and a piece of trip that came loose.  These, sadly, are fairly normal issues with most RVs these days.

We are really loving the new rig.  The big turbo diesel pulls the trailer wonderfully, whether up or down mountains, whatever.  It is a very relaxed tow for me.  No more push/pull when a semi-truck and trailer blow by us.  Very solid rig.

I have made some major improvements to the new trailer.

Some photos of the inside: 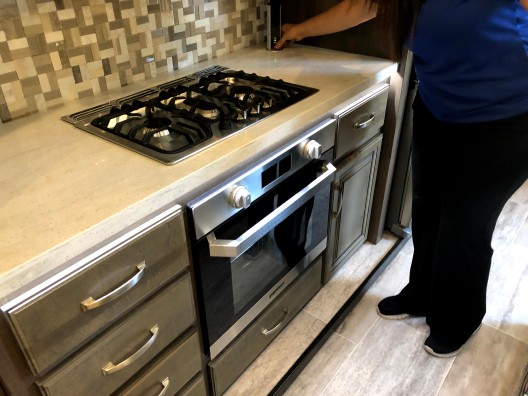 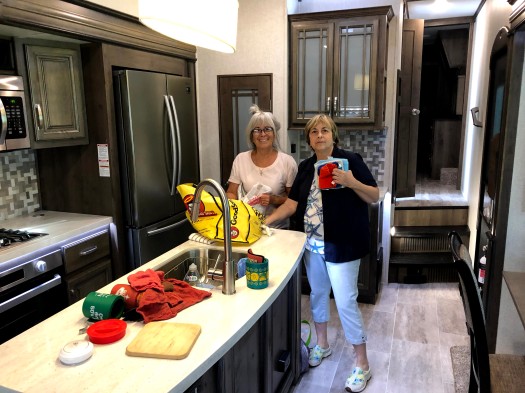 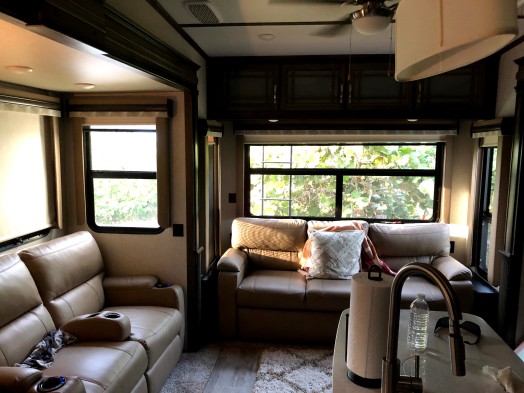 Some more outside photos: 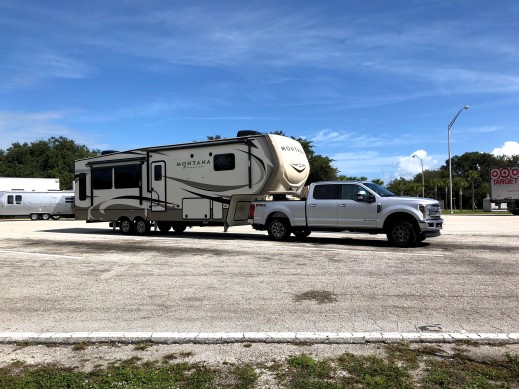 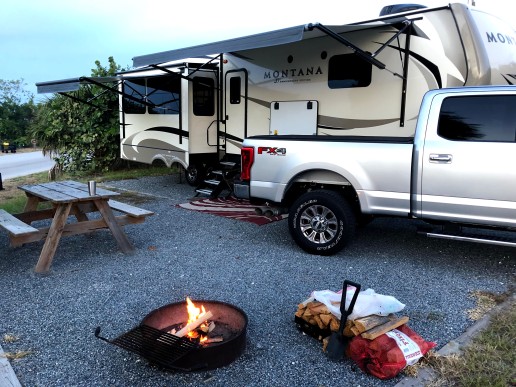 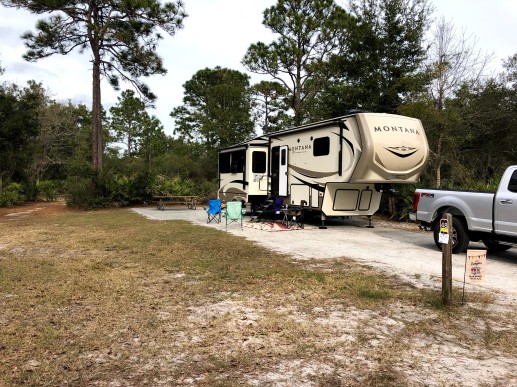 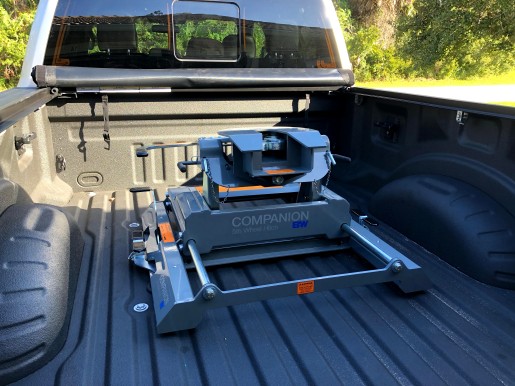 This blog follows the RV adventures of Bill, Jeri and our intrepid dogs, Sugar Belle and Faith as we travel around our beautiful Country in our Ford F-350 diesel and Keystone Montana fifth wheel trailer. View all posts by Bill & Jeri RV Travels

One thought on “Our New RV Rig”